Atari, one of the worldâ€™s most iconic consumer brands and interactive entertainment producers, today announced a partnership with industry pioneer, LGBT Media Inc., the company behind LGBTQutie, a popular, one-of-a-kind app designed for the LGBTQ community. As part of this partnership, LBGT Media Inc. will acquire Atariâ€™s Pridefestâ„¢, one of the first LGBT-themed social games to empower players to design and launch their very own personalized Pride parade, connect with friends and more. 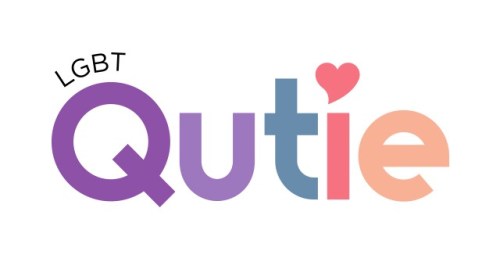 As an LGBT social app, LGBTQutie facilitates more than just dating. The platform gives members of the LGBTQ community the chance to pursue all kinds of connections. This includes partnerships, friendships, dating, and other meaningful relationships. Members can even use LGBTQutie to organize groups for attending fun social events.

LGBTQutie is already proving extremely popular, and its creator LGBT Media Inc. will soon have another offering on the market thanks to this new partnership with Atari. LGBT Media Inc. will use its unique industry expertise to rebrand and re-launch Atariâ€™s Pridefest under its own umbrella. Pridefest gives players the opportunity to create their own colorful city with eye-catching decorations, as well as build fun attractions and entertainment venues. The game also incorporates social components, which LGBT Media Inc. plans to expand upon.

â€œWhen meeting the co-founders of LGBTQutie, Rachel Kimelman and Jordan Weiss, it became clear that the teamâ€™s extensive expertise and relationships within the LGBTQ community would benefit Pridefest,â€ said Fred Chesnais, CEO of Atari. â€œWe knew that joining forces with LGBTQutie was the best course of action to further develop and grow the game.â€

â€œWeâ€™re thrilled to be partnering with the iconic Atari,â€ said Jordan Weiss, Co-founder of LGBTQutie, a division of LGBT Media Inc. â€œPartnering with Atari will help us reach a larger audience and fulfill our vision of becoming the go-to platform for the LGBTQ community worldwide.â€

â€œPridefest is centered on the celebration of LGBTQ culture and pride and will allow users to have a fun, engaging and interactive experience,â€ added Rachel Kimelman, Â Co-founder of LGBTQutie. â€œBy combining the respective experience levels of both of our companies, we hope to provide players with a new standard for LGBT gaming.â€

TeenSafe Smartphone Contract Released Just In Time For Back to School