Exciting news straight from D23 Expo as a new edition of Playstation 4 system will be released with Darth Vader inspired system that willÂ tempt you to trade in your previous PS4Â or if you are on the fence of purchasing a new system the Force is strong with this one, just take a look at the upcoming exclusive bundles! 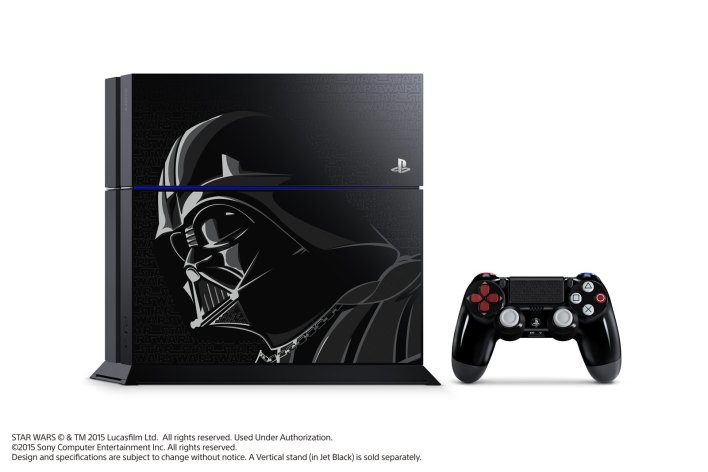 The Limited EditionÂ Star WarsÂ Battlefront PS4 Bundle will include a custom 500GB limited edition PS4 system (CUH-1200 series) and DUALSHOCK 4 Wireless Controller inspired by Darth Vader. The fully customized PS4 features an image of Darth Vader, as well as a repeatedÂ Star WarsÂ logo across the top of the system. 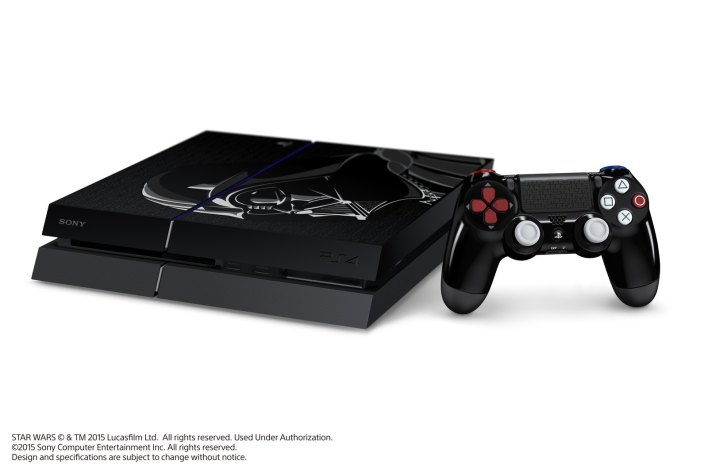 The Darth Vader edition DUALSHOCK 4 is inspired by Darth Vaderâ€™s chest panel and features the repeatedÂ Star WarsÂ logo on its touchpad.

Â Was that you breathing or was that Darth Vader? The super exclusive-limited edition-sure to sell out,Â Darth Vader-inspired PS4 system will be available as part of twoÂ Star WarsÂ bundles available November 17th. Make sure to pre-order unless you plan on camping out like the dedicated Star Wars and PS4 fan you are? Â D23 EXPO TO KICK OFF WITH EPIC OPENING CEREMONY